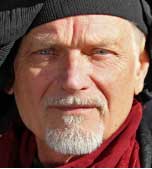 James C. Anderson is an Ellie Award winning actor and director, and has appeared on California Stage in the bilingual production of Moliere’s Le Medecin Malgre Lui/The Doctor in Spite of Himself. He has performed with numerous regional theatres and Shakespeare Festivals. He teaches drama at Rudolf Steiner College in Fair Oaks. In 1988 he founded The Short Center Repertory, and has served as Artistic Director since. The Short Center Repertory has been the recipient of two grants from The National Endowment for the Arts, and numerous grants from The California Arts Council and the Sacramento Metropolitan Arts Commission, Cultural Awards Program.