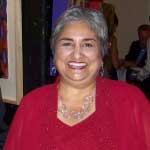 Born and raised in Los Angeles, Yvonne began her connection with DDSO when she came to Stockton to complete a six-month Music Therapy Internship at the Alan Short Center (ASC) in Stockton. Three months into her internship, she was selected by the National Committee Arts for the Handicapped as the California Project Coordinator. As the Project Coordinator, she developed and implemented the Very Special Arts Festival and staff training in schools countywide over a three-year grant period.

“When I first began working for DDSO, I thought it was about making a difference in the lives of people with developmental disabilities. I quickly learned that it’s more of a two-way process – we all make a difference in each other’s lives. Working for DDSO is really more about bringing the community together.”

Shortly thereafter Yvonne was selected to coordinate the ASC Music Therapy Clinical Training program, which recruited interns from universities across the United States. Yvonne eventually took on the role of the both the ASC & ASCAP Program Director positions, where she remained for several years before working at DDSO Administration Headquarters.

After a brief stint at Deputy Director for DDSO, Yvonne assumed the role of CEO in 2007.