Posted on April 6, 2015 Categories: Developmental Disabilities Comments are off for this post 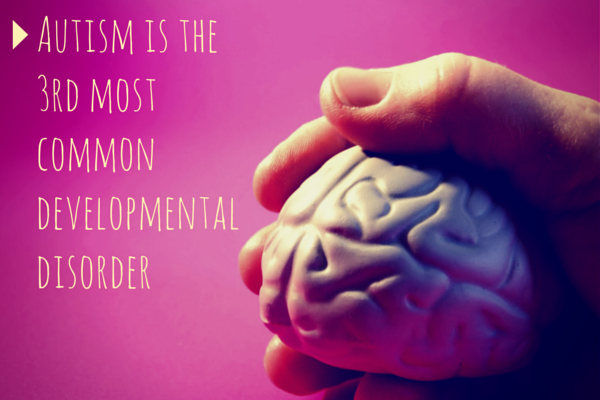 You’ve heard the word. Autism. But do you know what it means? What it is? How it manifests itself? Or, do you simply think of Dustin Hoffman in “Rain Man” and then let it go? DDSO proudly serves a large number of consumers who place on the autism spectrum. In the next two blog posts, we will provide you with information that will hopefully address any questions you may have about autism.

The truth is there are variations of autism, some subtle, some overt. For example, it is not recognizable in a physical fashion like Down Syndrome. Some autistic individuals function at a high level: They read & write, maintain bank accounts, can write a check, ride public transportation, drive a car, hold a job, have a circle of friends and live independently. Others may need assistance in this area but still function at a relatively high level. On the other end, autistic individuals may be non-verbal and/or physically aggressive. Most struggle socially. They may have difficulty with eye contact, may have trouble initiating conversations, may perseverate on certain topics, may make inappropriate comments or put all of their focus on one particular individual. Because their level of function varies, so does the type of care and support needed.

Rose* and Owen* participated in DDSO programs. Rose reads, writes, maintains a journal, and assists with maintenance chores around the program. Rose does dishes, mops, takes care of laundry and does it all with aplomb. She is an astounding visual artist and crochets faster than the eye can register. Rose can also get trapped in a loop, unable to stop talking about the same thing over and over again or she will belch loudly or pass gas when in a classroom despite knowing these things are socially inappropriate. Social skills can be very difficult for someone who is autistic.

Owen was non-verbal. He found it very difficult to make friends or fit in. For some reason, he attached himself to me. This was not a problem at first as it enabled staff in getting Owen to go to class. He had the habit of wanting to touch his forehead to mine at least once a day. Again, this was not a problem, at first. However, he became increasingly aggressive in this habit. If I did not see him coming so I could prepare, he would grab my head and hit me with his head with such force I would see stars. He had to know where I was at all times. If I was at my desk, he would pace in circles that increased in speed until I could pay attention to him. If I went to the restroom, he would stand outside the door and rattle the door handle until I came out. We had to let him go as the aggression continued to increase. We found out that he did the same things to his mother and she often had to lock herself in a room in order to protect herself. It made me sad because I knew there was so much Owen wanted to communicate but was unable to do so. *names changed to protect privacy

Further on the spectrum

Recently, autism became much more personal for me and my husband as our 9 year old grandson has been diagnosed with Asperger’s Syndrome. He is in social skills training, which is helping. He reads well, is a math whiz, is into Power Rangers, Disney Cars and loves nothing better than FaceTiming with his Grandpa Mark to discuss super heroes. This family interaction is crucial to improving his socialization and his confidence in following social cues. Socialization is integral to the success of an individual with autism, regardless of their “functioning” level. In my next blog, I will discuss the history of autism as well as scientific information regarding the autism spectrum.

Are you in the Kindness Club? 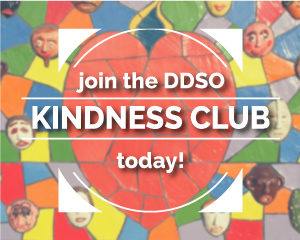 We are excited to announce our new community, the DDSO Kindness Club! Join today to help provide compassion and care for people with disabilities. Have fun, attend events, and connect with others who care like you do.